The police on Friday arrested top anti-Posco leader Abhay Sahu for his alleged involvement in several cases. Sahu, president of Posco Pratirodh Samgram Samiti (PPSS), spearheading agitation against the
proposed $12 billion steel plant by the South Korean steel major Posco in Jagatsinghpur district, was
arrested in the evening near Nuapokhari village near Ersama in the district, about 20 km from paradip. 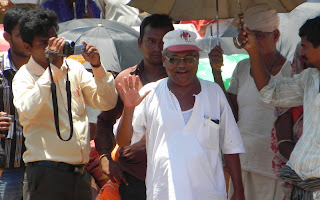 Jagatsinghpur district police SP Devdutta Singh said: "Sahu was arrested for his involvement in several cases including tampering evidence in a dowry death case and atrocity against Scheduled Caste persons."

The PPSS condemned the arrest and described it as a conspiracy to suppress the movement Posco. "The state government thinks by arresting Sahu it can weaken the movement. They are wrong as they could not suppress it last time when Sahu was arrested in 2008," said Prasant Paikray, spokesperson of PPSS.
Posted by soham at 10:48 AM

Port of Paradip is the primary seaport in the Indian state of Orissa. Paradip port handled 33,109,000 tonnes of cargo in 2005-2006, out of which 12,529,000 tonnes was thermal coal and 10,273,000 tonnes was iron ore.[2]Located on the Bay of Bengal at latitude 20° 55.44' N and longitude 86°34.62' E, it is an artificial harbour which accepts sea traffic via man made lagoons. Former Chief Minister of Orissa Biju Patnaik, who was also a famed aviator and freedom fighter, spearheaded the port's establishment.

Paradip is emerging as a major investment in India with several upcoming steel plants including a gigantic $12 billion plant by POSCO, alumina refineries, thermal power plants, and a petrochemical complex. Paradip will become one of the six major petroleum, chemicals and petrochemical investment regions (PCPIRs) planned in India, along the lines of Pudong in China, Rotterdam in Europe and Houston in North America, accelerating the transformation of the state of Orissa into one of the major manufacturing and commercial regions of the world within 10 years. The PCPIR at Paradip is planned with an initial investment of US $68.84 billion, including the setting up of a refinery cum petrochemical complex over 284 km2 of land [3]. 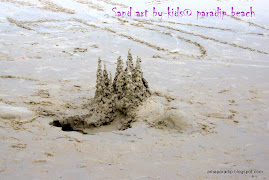 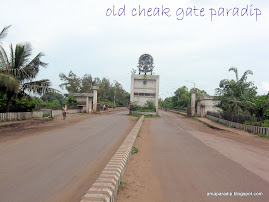 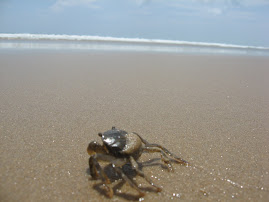